WE NEED YOUR HELP to pass the NY State Restroom Access Act, a bill that will allow people with qualifiable medical conditions, like IBD, access to employee restrooms in businesses.

“The Restroom Access Act” is also known as "Ally's Law," so named for Ally Bain, a teen that was spurred to action after she experienced an IBD-related accident. Ally was denied access to an employee-only restroom while shopping. Ally was instrumental in getting the first version of the Restroom Access.

The Restroom Access Act is a law passed in several states that requires retail establishments that do not have public restrooms to provide access to employee-only restrooms to patrons in need. This can include people who have inflammatory bowel disease (IBD), irritable bowel syndrome (IBS), pregnant women, and those who have other chronic conditions.

The Restroom Access Act has been passed in a total of 13 states - Colorado, Connecticut, Illinois, Kentucky, Massachusetts, Michigan, Minnesota, Ohio, Oregon, Tennessee, Texas, Wisconsin and Washington. The act has been passed in these states largely as result of grassroots efforts. There is support for a federal version of the act, and several other states have similar laws currently in the works.

On January 5, 2011, bill A83B-2011 was introduced by Assemblywomen Amy Paulin (88th District) but at the end it failed due to some wording issues.

It was also co-sponsored by State Senator Roy MacDonald, but since he lost the elections

Therefore, we're looking for a new Sponsor/Co-Sponsor, so, If your State Senator is Republican or Independent Democrat (find yours here http://www.nysenate.gov/senators),
CALL THEIR OFFICE NOW and ask them to co-sponsor this bill (A5099-2013 - See below) ) with Assemblywoman Paulin!

If you think you can or know someone who can help us out achieving this, please contact us. 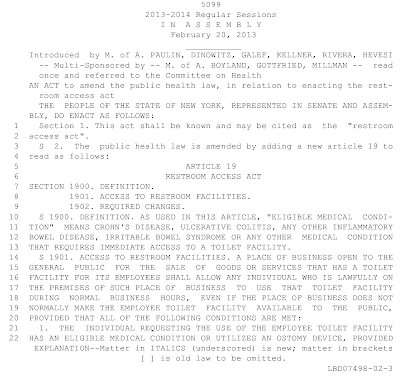 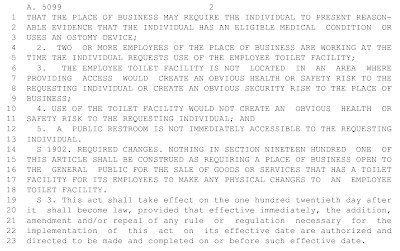 Hi,
We're posting again this reminder early enough (for the Arba Kosos - 4 cups of wine) If you are taking Flagyl - Metronidazol you are NOT allowed to drink any Alcohol!!!
All other IBD patients please double check with your doctor if its not gonna harm you bad! and if you're allowed to drink even a drop while you are taking your medication. please be responsible!
You should exercise extreme caution and consult with your doctor and Rabbi/Rav before making a decision not to take a medicine on Pasech (Passover). As important as one treats the laws of Kashrus (Jewish dietary laws), one is also obligated to treat the Mitzvah (commandment) of  ונשמרתם מאוד לנפשותיכם - "V’Nishmartem M'od L’Nafshotaichem" - "Take care of your health". Therefore, under no circumstances should an individual forego taking a prescribed medication on Pesach (and during the year…) without first consulting one's physician and Rabbi/Rav for a careful analysis of the situation.
Please forward this to all Patients & their families you know

We would like to wish all of you a Chag Kosher V'Samayach! A happy and healthy Yom Tov!
Posted by Info @ JCCSG at 2:04 PM No comments:

Dear member, JCCSG has been founded almost 6 years ago to help those struggling with Crohn's Disease and Ulcerative Colitis. Over ...